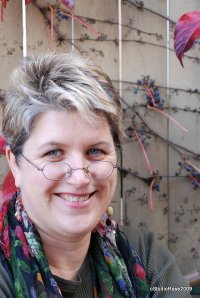 My interest in herbs and natural healing began when I was in my teens. For many years I read herb books and used teas and formulas for my own health. It wasn’t until I was in my undergraduate studies at Rutgers University in New Jersey, that I began to consider herbalism as a career.

I had the good fortune of studying with one of the top herbalists in the country, David Winston. Through his Center for Botanical Studies I completed a two-year program that included extensive clinical training in the practice of herbal medicine.

I was also interested in women’s health, and felt a calling to pursue homebirth midwifery. I became a birth doula in the mid 1990s, and in 2000 I attended Maternidad La Luz, a midwifery school in El Paso, Texas. During my training there, I attended 120 births; in 43 of these I acted as the primary midwife under supervision by a licensed midwife. In 2005 I became fully licensed by the New Jersey Board of Medical Examiners, as a Certified Professional Midwife (CPM). I worked with several homebirth practices in New Jersey, and also worked and was mentored by two midwives who work in the Amish community in Pennsylvania.

In my non-working time, I am a hiking, bicycling and yoga enthusiast.

I am an anti-nuclear activist.  In 2007 I had the honor of being named, by the national organization Peace Action, One of the Top 100 Most Important Women Peacemakers in the USA.

My life’s work is to promote and teach personal and global wellness.

Contact me to get started on your healing journey!